Google’s CEO, Sundar Pichai Appointed to Alphabeth’s Board as Google Rakes in $26 Billion in Q2

In a statement by Larry Page, CEO of Alphabet, he expressed optimism about the prospects of Pichai joining the board. “Sundar has been doing a great job as Google’s CEO, driving strong growth, partnerships, and tremendous product innovation. I really enjoy working with him and I’m excited that he is joining the Alphabet board”, he said.

Pichai has been at the company since 2004, with previous roles overseeing Google consumer products, engineering and research efforts. Pichai has been running the Google division since August 2015, when the company decided to separate its different businesses and name the parent company Alphabet. Pichai oversees most of Google’s name-bearing properties, including search, cloud and maps. His purview also includes Android and YouTube. 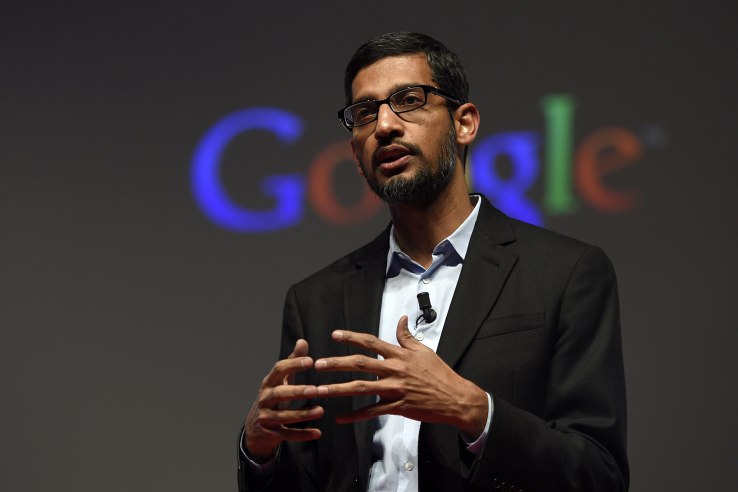 Prior to that, he led the product management and innovation efforts for a suite of Google’s consumer products, including Google Toolbar, Chrome and Chrome OS. He was also responsible for the HTML5 and open web platform efforts at Google. Before joining Google, he held various engineering and product management positions at Applied Materials and was a management consultant with McKinsey & Company for a variety of software and semiconductor clients.

In a related news, Google released it Second Quarter earnings today. It showed more than 20 percent growth in its revenue and a 52 percent jump year-over-year in the paid clicks. The total revenue was $26.01 billion as against $25.64 billion expected revenue. Cost-per-click was also down 26% from the year-ago quarter. Similarly, the stock fell as much as 3 percent. Shares of Google are up more than 25 percent on the year despite having a somewhat rocky past month.

Revenues for Other Bets, which include the other companies under Alphabet like Waymo, Nest, and Verily, were $248 million for the quarter. Other Bets lost $772 million. For now, Google is still the company that will continue to drive Alphabet, even though it continues to explore new lines of businesses.