According to a report which was released early this week by Truecaller Insight, Nigeria is ninth in the world rating for the countries with the most number of spam calls, despite efforts of the Nigerian Communication Commission (NCC) to curb the menace of unsolicited calls and short message services (SMS), the Guardian is reporting.

Truecaller Insight made a list of top 20 countries affected by spam calls for the year 2017, placing Nigeria in ninth position. The report which took into consideration the monthly record of calls showed India as earning the first position, with her mobile subscribers getting an average of 22.6 spam calls.

The US and Brazil both earned the second position, having an averaged 20.7 spam calls, and Chile and South Africa came third and fourth at 17.4 and 15 of such calls, respectively. 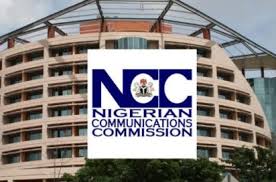 At the ninth position, Nigerians were said to have an average of 10.4 spam calls each month.

Truecaller, which has a spam filtering mobile app, gave the report which was inferred with data from 1 January to 31 May, 2017. The data which was anonymously gathered from incoming calls marked as spam by users and those automatically detected by Truecaller, showed that annoying and unwanted calls are on the rise globally, with Truecaller revealing that in some large markets, users get as many as 20 spam calls monthly.

Recalled that the NCC introduced a facility called Do-Not-Disturb (DND), a portal that ensures that subscribers are protected when they join by texting ‘STOP’ to 2442 as well as have the right to call a toll free complaint number, 622, to make complaints.

A disclosure by the Executive Commissioner, Stakeholder Management, Mr Sunday Dare, revealed that about 5.5 million mobile subscribers in Nigeria have activated the DND code as at April 2017.

Stakeholders are divided over the import of the report. Mr Lanre Ajayi, the Managing Director of Pinet Informatics, argued that he has not received any spam calls in a while, and requested that the NCC  carry out its own survey and come with its own report. According to him, Nigerians cannot continue to rely on global agencies to tell the state of her own environment.

The president of the National Association of the Telecommunications Subscribers (NATCOMMS), Mr Deolu Ogunbanjo has said that the rating as unacceptable and noted that the NCC should bite and not limit efforts to curtail the menace to mere routine edits. Mr Deolu demanded that sanctions be placed on defaulting operators.